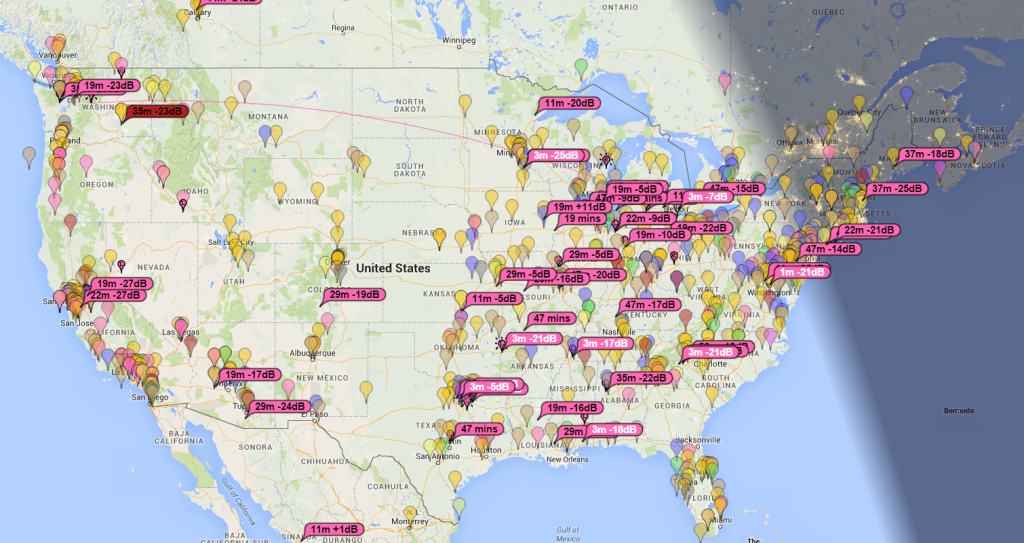 Right over the top.

See how I’m skipping right over the “close in” states?  Back-scatter is super unpredictable, so I’ll just have to keep at it.

Current WAS Mixed counts, as they sit (including cards in confirm totals):

In other news, I moved to WSJT-X from JT65-HF-HB9HQX.  I’ve had some pretty significant stability issues with the “HB9HQX Edition,” of late.  Beat is an awesome guy and we’ve swapped several emails about debugging it, but just can’t keep it running for more than a few hours at a time.  I’ve had corrupted config.sqlite and it’s refused to start and a few other really irritating occurrences. -X is going to take some getting used to. The UI is really different and I’m using JTAlertX as a massive crutch. Added bonus is that JT9 WAS is a new challenge!

[Update: 23:52z – Just started looking at where I’ll need to concentrate, if I want to land the 5BWAS]
JT65 Confirmations (again, including cards):