Mine weren’t cheap… but we’re exactly what I wanted. I used vistaprint.com. Shipped, it came to $120 for 1000 cards, but mine are very heavy, 100% recycled and matte finish. 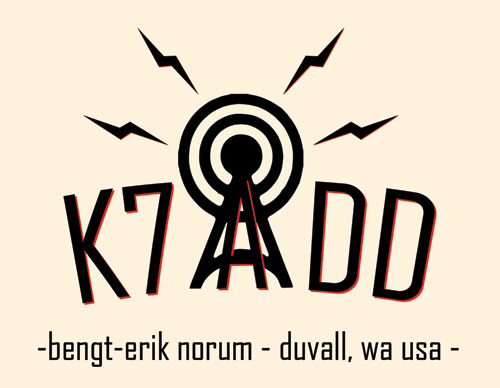 I’ve received a couple from people use used dedicated QSL card printers… I suspect these are ‘on the side businesses’ for daytime print shops. I’ll put together a list of them, if anyone’s interested.

There are some really neat cards out there, with most, you can tell how much thought and effort went into them. My favorites are the “retro” looking ones (as evidenced by my card). I’ve even considered getting a small letterpress and printing my own cards… lots of work, though.

I QSL for two reasons. I do it to confirm a new DXCC entity or state (or a new band for one of those). In these cases, if they do LoTW, I don’t bother with paper. I also paper QSL when I have a particularly interesting or long chat with someone for the first time. Also in this category are kids, /AG, or first HF contacts. I like the idea of surprising someone with their first card. In response, I’ve gotten some nice emails or had people track me down on the air and thank me. I’ve learned a ton about the tradition and the process, while going through this. My next batch will be different.